At Happy Hour Near Me, we love and appreciate beer. Why not start a beer blog? There are so many different kinds and it’s just SO good! Our dear friend Barb Cooper thought it would be fun to learn about all the different beers out there, and she was kind enough to blog about what she learned for us. Beer Blog #1 is Guinness – Barb’s personal favorite. We hope you enjoy learning about this magical black elixir as much as we did!

It all began in 1759 when a man made his dream a reality by signing a 9,000 year lease of a dilapidated brewery at St James Gate…..

Arthur Guinness had a bold vision and craft that began a dynasty. His beginnings were that of brewing ale, but in 1799 – due to the popularity of Porters and Stouts – his focus shifted to brewing dark ales. That would become the turning point of what Guinness is today. In 1817, eight barrels of porter reach the shores of South Carolina, becoming the first time Guinness was sampled in America. Bold beginnings make this Brewery one of a kind. While others were staying local, Guinness continued to import their barrels overseas. By the mid-1800’s growth over three generations of the Guinness Family, the brew recipe was documented and are the base foundation of the two brews, Guinness Original and Guinness Extra Stout. 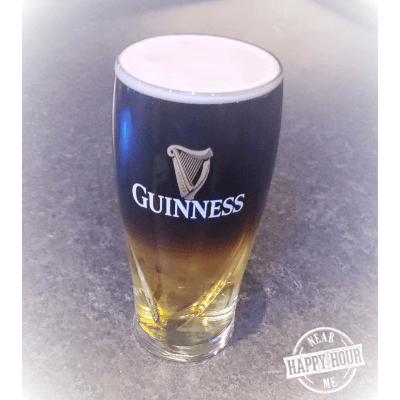 Black velvets were originally made with Champagne, but are popularly made with cider as well

Ever try a Black Velvet?

Wonder how it was created?

The Death of Prince Albert in 1861 left England in mourning, causing a London Bartender to decide that Champagne was too light for the mood of the country… so he poured Guinness to show the countries dark disposition. Ladies and Gentlemen, this is how the Black Velvet was born.

The Guinness Trademark was designed in 1869, starting with the famous harp in Arthur’s signature, and of course the Guinness name on the label we see today. The science brewing begins at the turn of the century, with adding an experimental brew house which spearheads the beginning of state of the art brewing.

1959- The Bicentennial Celebration, two hundred years of history, this is also the year that makes a turning point for the popular beer. Scientist Michael Ash invents the “Surge and Settle” effect and the world’s first Nitro Beer. This surged Guinness Beer to become the Top Selling brew, marking another turning point in history.

There are many ways to enjoy Guinness today, be it by tap, bottle or can. When drinking it from a can, a small “widget” keeps the beer smooth and creamy when opened. This rivals the tap pour most enjoy at bars. It was so innovative that in 1991, it won the Queen’s Award, beating the invention of the internet!

Guinness Brewery today is innovating many different blends, including the blonde, which blends Irish history and American traditions of a light beer with floral and citrus hints. Guinness Nitro IPA is a bold brew with the same Irish history with today’s popular “hoppy” flavor.

Good things come to those who wait…

An iconic phrase many of us know and love today!

When my Guinness is poured locally, it’s hard not to pick up the glass right away. I watch the “surge and settle” patiently, knowing the full potential of a settled glass of beer.

This is what we all wait for, The Perfect Pint.

Guinness. Good things come to those who wait 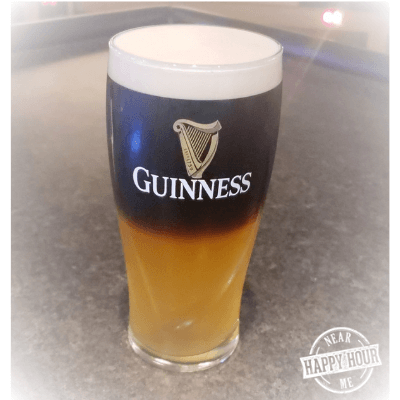 The Black and Blue layered beer is a specific variation of the Black and Tan. Replacing the pale ale in the Black & Tan, Blue Moon (Belgian Style Witbier, usually served with an Orange slice) is the layer poured underneath the Guinness. It’s very easy to make and is a popular version of a layered beer for beginners. Blue Moon is a light contrast to the dark Irish stout. This is a wonderful blend for summer if you’ve been looking for a way to enjoy Guinness.

Another great layer blend is with Wasatch Blueberry Hefeweizen, this blend brings out the same concept of the Black and Blue citrus flavor, but this one brings notes of blueberry once the beers marry during sips. Just another amazing summer treat that features Guinness.

Guinness can be healthy!

If that wasn’t enough to convince you to try this amazing beer, let’s talk about the health benefits!

Guinness’ dark color and sweetness come from the roasted barley used in the brewing process, so this makes it a great beer to try if you want something light, dark and delicious! With its rich and wonderful history, I have to say that Guinness has earned the Top Five on my Beer List.

We drink it too! You can find it on happy hour at these Steiner’s Pubs:

Monday – Friday from 4pm to 7pm

Back to News
Find a Happy Hour
Upcoming Events